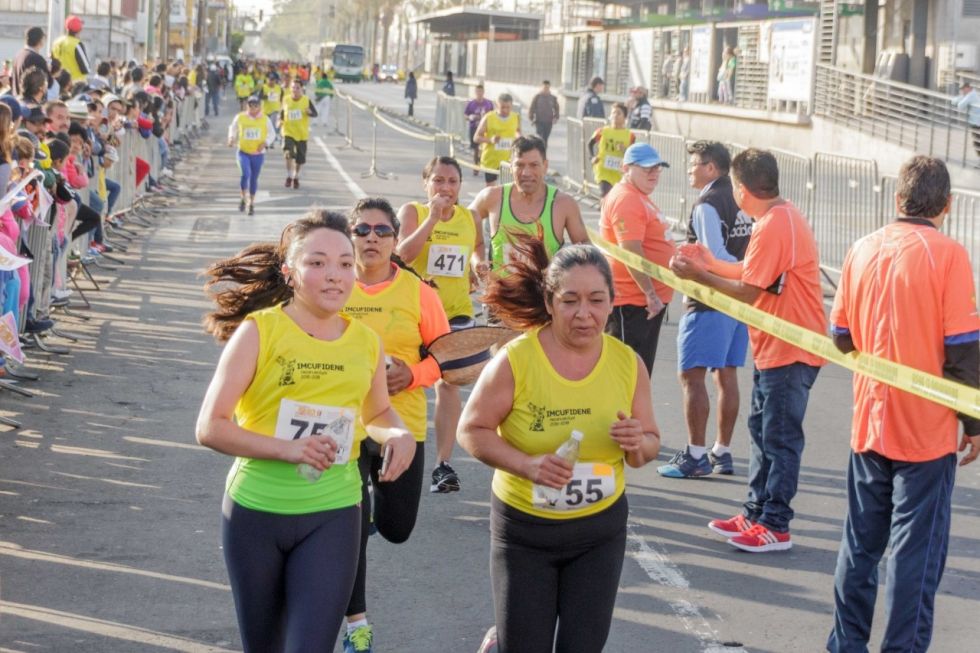 NEZAHUALCÓYOTL, MEX.-With the participation of more people between women and men, the first Athletic Race 5 and 10 KM was carried out for Equity and Gender Diversity organized by the municipal government, in the framework of the Neza Safe City Plan Women and Girls, said the mayor, Juan Hugo de la Rosa Garcia.

He stressed that building a municipality with equity and respect for diversity is achieved only through the strengthening of the social fabric and harmonious coexistence among its inhabitants, so that sporting events such as the one performed are relevant to foster healthy interaction between citizens and Municipal identity.

He said that the race had all the necessary safety measures and was divided into two branches: 5 and 10 KM, each with the categories Youth (15 to 19 years), Free (20 to 39 years), Master (From 40 to 49 years old) and Veteran (from 50 to 59 years old) in their feminine and masculine aspects, being winners respectively Jazmín Taxqueña, Luis Ruperto, Silvia López, Angel Vega, Maria del Carmen Ramos, Javier Duran, Rosalinda Velázquez and Aquilino Ortiz.

He pointed out that all runners who participated in the athletic race are successful because the fact of taking to the streets and solidarity through sport with a just cause as is the equity and diversity of gender allows breaking the circle of violence, Congratulated all those present and thanked them for their participation. He said that the government he heads has as a priority, to generate public policies that guarantee education, health and development opportunities in equality, as well as a life free from violence. Women or any sector of society in conditions of vulnerability. The municipal government awarded prizes in cash to the first places of each category, in addition to medals, t-shirts, hydration kits and other gifts. – See more at: http://todotexcoco.com.mx/en-neza-corrieron-mas-de-2-mil-mujeres-y-hombres-a-favor-de-la-diversidad-y-equidad-de-genero-NTkze3zc.htm#sthash.bMEKhYuJ.dpuf